Our experts will reply you very soon.

This Is Why Everyone Should Consume Vegetable Oil Regularly 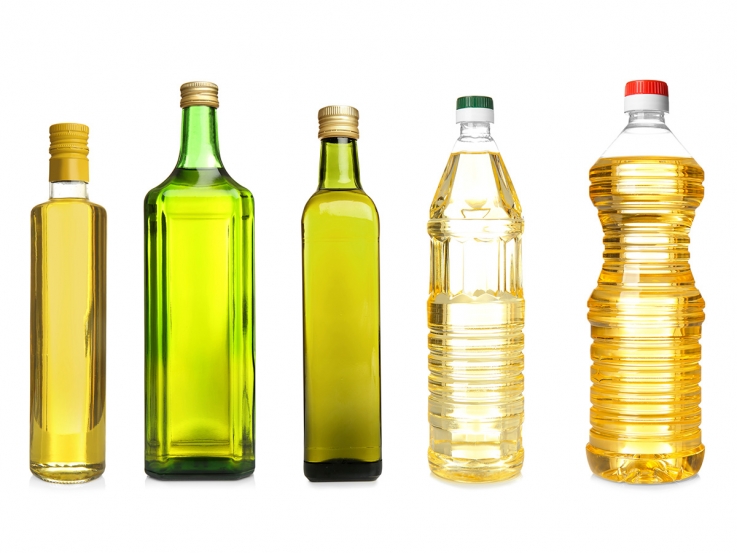 
Vegetable oil is a type of triglyceride derived from plants. The word "vegetable oil" can be tightly defined to refer only to plant oils that are liquid at room temperature, or it can be widely used to refer to any material regardless of its state of matter at any given temperature.


As a result, vegetable oils that are solid at room temperature are sometimes referred to as vegetable fats. Vegetable waxes, in contrast to these triglycerides, lack glycerine in their structure. Although numerous plant components can produce oil, oil is harvested predominantly from seeds for economic use.


● Decrease in Risk for Heart Disease -

As per a study performed at the State University of New York, Buffalo, and published in "The Journal of the American Medical Association" in February 1990, vegetable oil may reduce the chance of getting heart disease.


The researchers of this study also discovered that factors related to the development of cardiovascular diseases, such as high blood sugar, high blood pressure, and high serum cholesterol levels, normalised in participants who consumed vegetable oils on a daily basis.


● Decrease in Risk for Breast Cancer -

According to a study performed at the Universita di Milano in Italy and released in the November 1995 issue of "Cancer Causes and Control," regular consumption of olive oil and other vegetable oils may be advantageous in lowering the risk of developing breast cancer compared to those who intake butter and margarine.

According to a study performed at So Paulo State University in Brazil and posted in the October 2010 problem of the "Nutrition Journal," consumption of vegetable oil, particularly olive oil, may enhance metabolic rate in obese people because olive oil contains phenolic substances, which have antioxidant, anti-inflammatory, and anti-blood clotting characteristics and may potentially increase the body's metabolic rate.

Safflower, cottonseed, sunflower, almond, and wheat germ oils are all high in vitamin E, which the body need for cell preservation and regeneration. It shields body tissues like the skin, eyes, breasts, testicles, and liver.

Alpha-linolenic acid, a form of omega-3 fatty acid contained in soybean, canola, and flaxseed oil, is an anti-inflammatory, hence why it is highly advisable for patients with chronic heart, skin, and digestive issues.

Sesame oil contains tyrosine, which has been linked to serotonin production and secretion in the brain, which could also help increase happiness by flooding the body with enzymes and chemicals that make a person feel joyful.


Vegetable Oil from Wholesale Vegetable Oil Suppliers in India functions as an anti-oxidant and protects various body tissues such as the skin and eyes, as well as prevent heart disease. Vitamin E is an antioxidant that controls free radicals, aids in the prevention of blood clots and blockages in coronary arteries, and so aids in the prevention of cardiovascular disease.

This entry was posted on May, 12, 2022 at 10 : 36 am and is filed under Vegetable Oil. You can follow any responses to this entry through the RSS 2.0 feed. You can leave a response from your own site.